In recent years barrier rivers have be formed as a result of earthquakes, and also submerging many villages.This building is located in barrier river

at Tangjiashan, in Beichuan County, Sichuan Province of China. The river was formed during “The 5.12 Wenchuan Earthquakes”., With the original village

being drowned .and earthquakes bringing the pain of villages destroyed,  people can set foot on their homeland to mourn the loss of their houses and

Earthquakes have ruthlessly destroyed villages and devastated the hearts of many people. These families come forth to mourn for lost memories amongst

the rubbles of their houses, which now lies under water. This design is located in the barrier lake formed by the earthquakes, considering that the main

village building being built is surrounded by mountains and lost memories of many villagers.  This new village complex will meet the daily necessities

of villagers, and most importantly their communication and commercial needs, In addition, multiple space are being place underwater village ruins. To

in these connections, so at night time people can see their old village glimmering in a mystical fashion. During daytime, changes of solar position causes

different projections to be formed by the village ruins, In these space of silence the villagers are able to memorate their  beloved ones in underwater

homes, and at the same time enjoy their new homes. 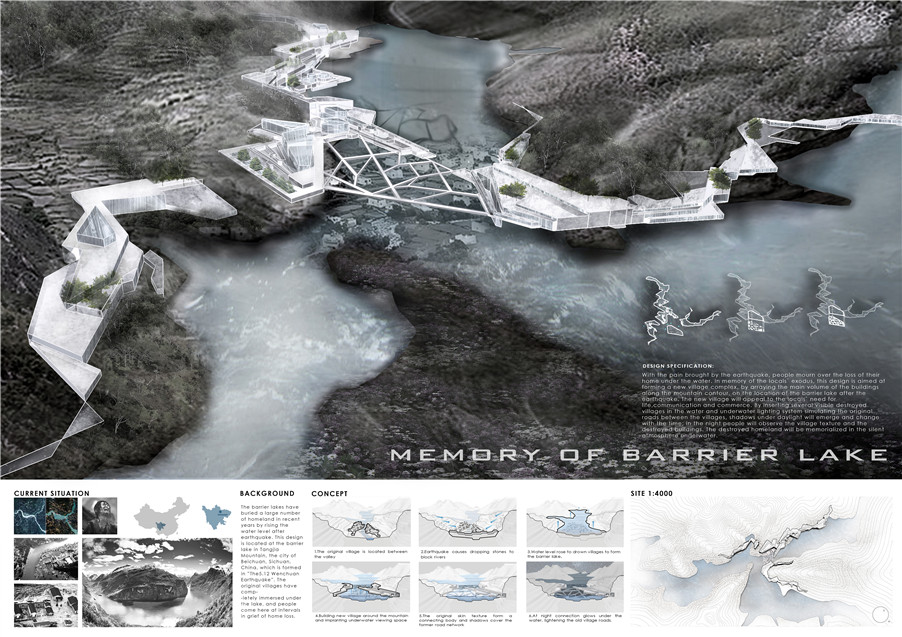 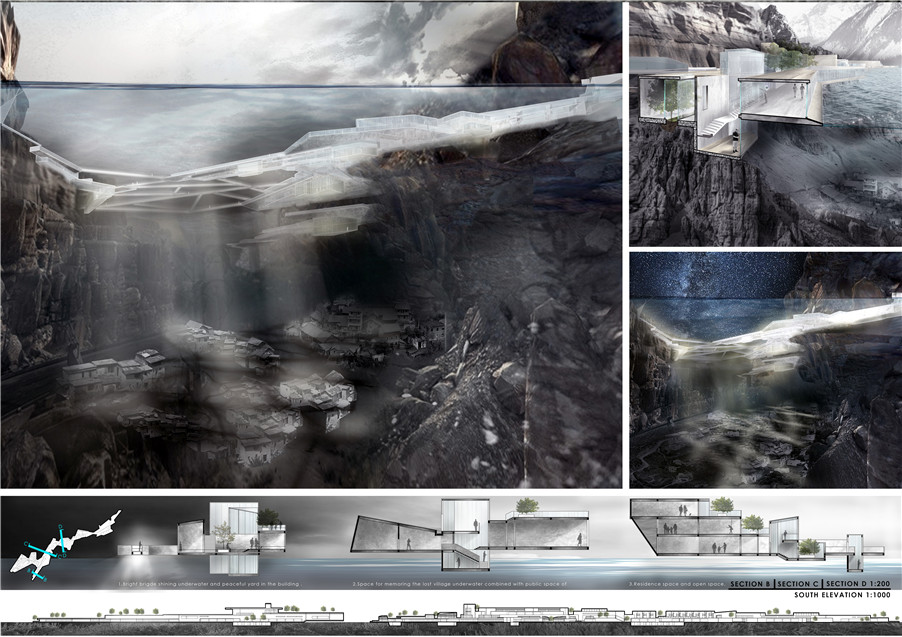 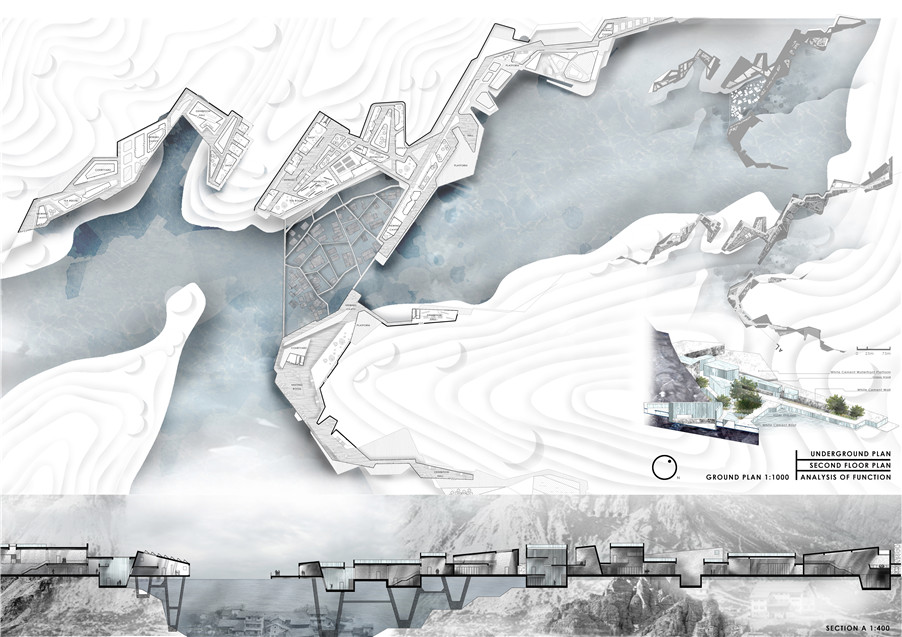