Location analysis
I select Changning District, which is one of the most prosperous region of Shanghai
as the site. The site is triangular block enveloped by three road, which is a little bit
complex to slove. One side of the site is the metro lines No. 10 and the other side is
Western Yan'an Elevated Road, and it has a good accessibility to the Middle Ring
Elevated Road, Inner Ring Road and Hongqiao transport hub. Site area is about
74,243 m², the land is now used for residential building and dance teaching. This site
is urgently need to innovate to inject new and incredible vitality to the city.
At the same time, I did a survey about green coverage rate in China - Shanghai -
Changning District. Urban green coverage is a problem to be considered in the
development of the construction process . I hope that my design can provide more
green space for the city.
Site analysis--Function
The site is located in the triangle block enveloped by Hongqiao Road, Shuicheng
Road, and West Yan'an Road, near Gubei and Hongqiao development district.
There are different grades of residential buildings in the north and west of the site,
which gathers a large number of population, resulting in a demand for infrastructure.
The southwest side of the site of the business district, there are a lot of commercial,
office buildings and hotels, which provides the possibility of a large number of
visitors.
I decided to set the function as the theater-commercial complex, on the one hand
to build a landmark making use of the convenient transportation advantage to
increase the human traffic. On the other hand, I plan to set business functions to
ensure that the population of non-performing period, which also provides some
business functions for nearby residents.
Site analysis--Problem
There are two problems having aroused my interest.
1 There are large amount of green area around the site, but hardly of them are in
good use. The probable reasons are: Yanhong green in the site itself is centralized
distribution with poor accessibility, the east side of the road has a complex transport
condition, which is a obstruction to people; while people in Shuicheng Road are
completely unable to perceive the presence of green spaces; the green in Hongqiao
hotel are for privacy , public green spaces have no functional support.
2 We found an interesting phenomenon, residents in the remaining apartment
building have good view of what is happening in the site.It inspired me that Yan'an
Elevated Road is always heavy, often congested, the perspective looking from an
Yan'an Elevated Road is worth considering.
I want to start thinking from a small starting point to bring a "unbelievable" surprise
to the city
Design Concept 1-Sight
To create a public green area with good accessibility, functional support and uniform
distribution. Considering the extremely hot summer in Shanghai, it's better to create
some shady space.
To be detailed, the theater provides the green slope with some shadows as the self
shading(the slope is located at the north of the theater), the top of the slope is also
served as the platform of the theater.
Design Concept 2-Greening
To take the sight into consideration, I want the people on the elevated road to see
the activities in the public space of the site.
To be detailed, it is lower at the connection of the theaters, which prevents the
sight from being kept out. It is also being used to shape the form of building.
Generation Process
1.To determine the location of the main entrances of the site according to the traffic
and people flow.
2.To make the grid on the site.
3.To generate the hexagon unit and make sure the function of every unit.
4.To add a main path in the middel of the site, and set several plazas.
5.To connect the units and curve the shape.
6.To rise according to the function and demand of sight, and make sure the fianl
form.
Function&Circulation
The complex is consisit of the grand theater, functional hall, drama house and
cinema as the main function, and there are also some commerce, galllery and studio.
Pedestrian is centralized at the middle of the site, connecting several plazas. At the
same time, the accessibility between plaza and street is also good.
Why aalborgportland
The surface of the building is curved surface which is devided to prefabricated flat
units in some certain size,using aalborgportland decorative white cement to simplify
the construction process and create a good effect
At the same time, some features of aalborgportland cement such as optimality in
construction performance, consistent in fineness and strength is good to mould the
free surface of the building. 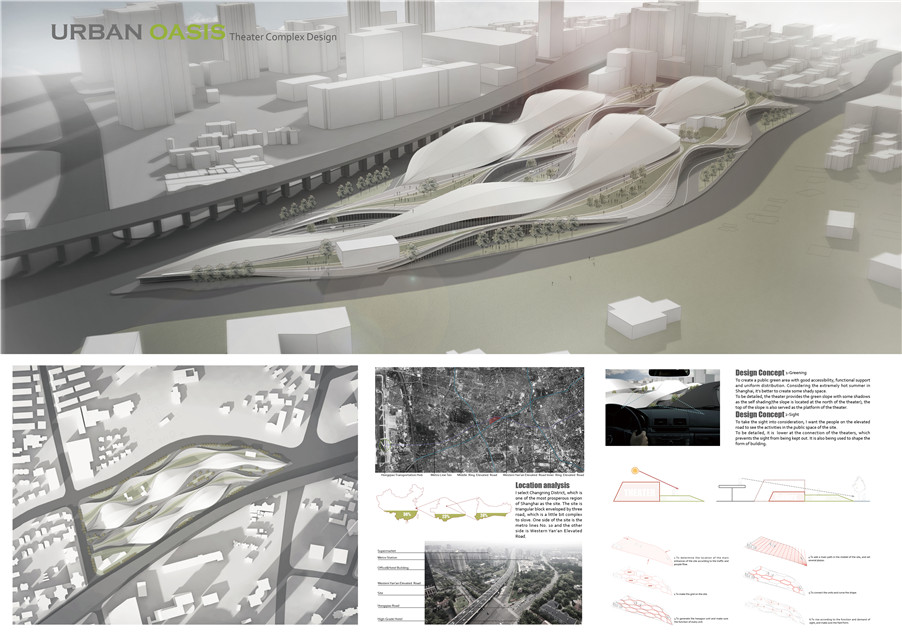 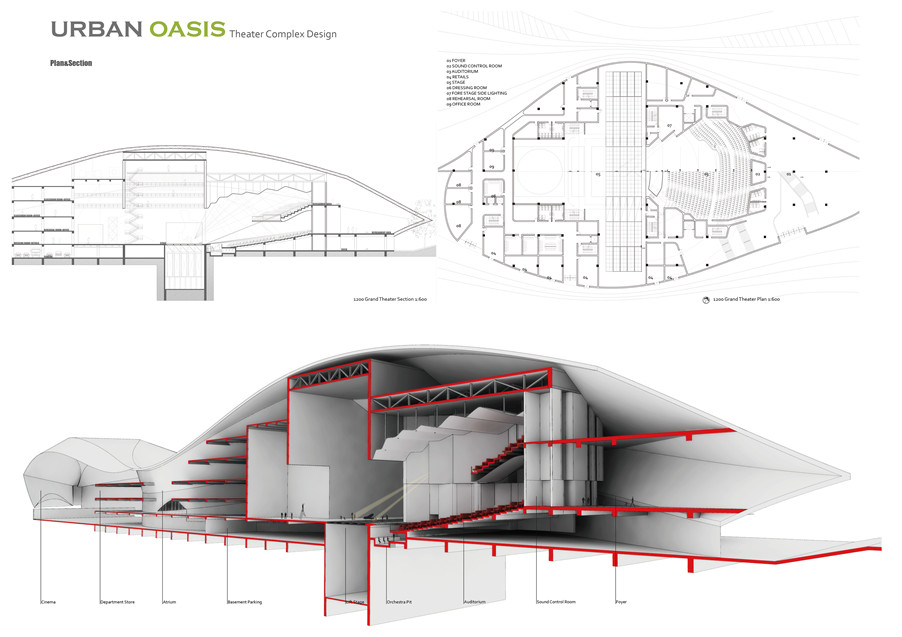 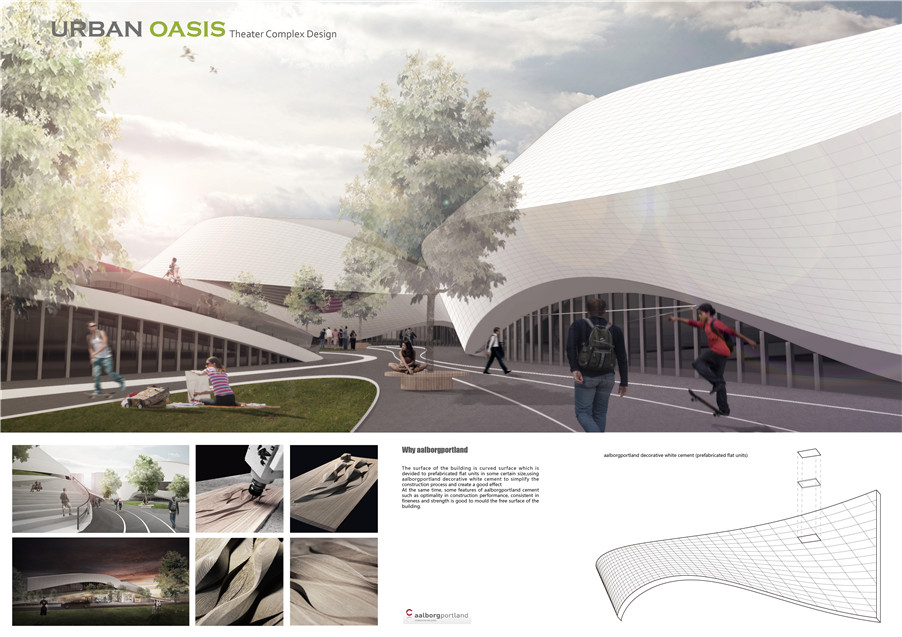